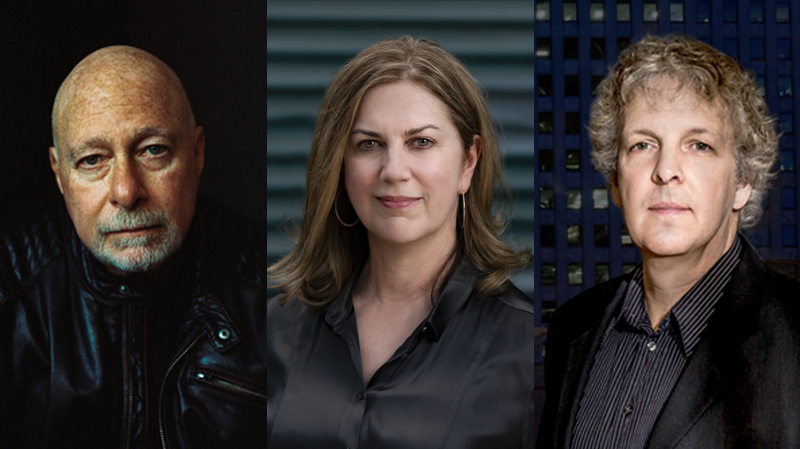 In a surprise deal that could represent a shift within the publishing industry, Blackstone Publishing — the largest independent publisher in the multi-billion dollar audiobook business — has set up a partnership with The Story Factory to expand in the print and e-book markets. The centerpiece of the deal: Blackstone is making a three-author deal with New York Times bestselling and two-time Edgar Award-winning Steve Hamilton, five-time New York Times bestselling and four-time Edgar Award-nominated Reed Farrel Coleman, and Edgar Award-winning Meg Gardiner. All three authors, who are Story Factory clients, are leaving Penguin Random House to join Blackstone.

The partners said that at a time when even well-established authors are seeing advances and promotional budgets slashed, the three authors will receive career best paydays in a deal in the seven figures. The authors get creative and promotional approvals throughout the publishing process, and guaranteed publicity budget for each book launch.

The deal was closed after several months of negotiation between Josh Stanton, CEO of Blackstone, and TSF’s Shane Salerno.

“This is a deal that looks toward the future,” said Salerno. “Blackstone is growing at an incredible rate, and they’re doing it in a very smart and creative way.”

Said Stanton: “Welcoming these three exceptional authors to the Blackstone family is not only a thrill, but it’s indicative of what we’ve been working towards as a Publisher. Mr. Salerno and The Story Factory’s track record is incredibly impressive, to say the least; I look forward to working together to successfully launch these author’s next works, as well as future projects to come.”

The three authors moving to Blackstone have a combined 60 novels in print. The Edgar Award-winning Hamilton writes the mystery series that revolve around the characters Nick Mason and Alex McKnight series. His novel The Lock Artist is the only book to win an Edgar Award for Best Novel in America, an Ian Fleming Steel Dagger for Best Thriller in the UK, and an Alex Award from the American Library Association.

Hamilton’s first two novels for Blackstone will be the third installment in the Nick Mason series, already entitled An Honorable Assassin, and the twelfth installment in the Alex McKnight series. The Nick Mason series was sold to Lionsgate in a pre-emptive seven-figure deal, with The Hunger Games’ Nina Jacobson and Color Force producing with Salerno (the Avatar sequels) writing the screenplay. Hamilton plans to bring Nick Mason and Alex McKnight together in a future book.