While the Music Played

A Remarkable Story of Courage and Friendship in WWII

“We were the dreamers of dreams, the singers of songs. We were the music makers. We would not hear nor play nor love without each other. This is a prelude to our experience, an overture to who we were and how we arrived on the shores of friendship.”

Beginning in 1939 prewar Prague, While the Music Played focuses on the story of young Max Mueller, a curious bright romantic—a budding musician, piano tuner, and nascent journalist. Max is on the cusp of adolescence when the Nazi influence invades Prague’s tolerant spirit with alarming speed as he struggles to understand the changing world around him. When his father, noted German conductor Viktor Mueller, is conscripted into the German army and finds himself increasingly promoting the Nazi message, Viktor’s best friend, noted Czech composer Hans Krása, protests the occupation in every way he can.

As everyone Max loves is compromised by intolerable conditions, he becomes increasingly isolated, and is forced to find his own way. With each step, Max’s journey grows more conflicted. Music is the one constant connecting him to both the lost childhood he cherishes and the man he still hopes to become. But will it be enough to sustain him against the relentless Nazi threat?

With a seamless blend of historical and fictional characters, told from multiple points of view, and sweeping across the capitals of Prague, London, and Berlin as World War II ravages Europe, this meticulously researched book is unique with its diverse and interweaving narratives, threaded with news accounts, and encompassing some of the most triumphant and devastating moments of the war—from the opera houses of Berlin to the music halls of London and the making of the famous children’s opera Brundibár.

While the Music Played is a lyrical, absorbing, and heartbreaking story of love and courage from the widely revered and bestselling author Nathaniel Lande.

“Lande’s gripping debut entwines a complex set of relationships brought together by music and disrupted by the Nazis…Lande describes the Nazis’ appreciation for music in stark irony, as Max’s initial respect for a camp commandant’s perfect pitch turns to horror when he learns of the gas chambers. This is a fine addition to the shelf of WWII fiction.” —Publishers Weekly

“Throughout, the powers of music and Nathaniel Lande’s beautifully written words provide evidence that, even in the darkest times, man’s creativity shines through. While the Music Played is a compelling novel, with brilliant characters never to be forgotten and long remembered.” —Dr. Andrea Tanner, senior fellow, Institute of Historical Research, University of London

“Through an epic WW2 landscape following the footsteps and footfalls of young Max Mueller and David Grunewald, master storyteller Nathaniel Lande has unleashed a moving novel for a new generation of readers. Hans Krasa, the great Viktor Mueller, and Frau Schmidt are memorable characters that seem to jump off the pages, looking to find their way onto a cinematic screen.” —Valcav and Zdena Flegl, senior correspondents, Český rozhlas, Czech Radio Prague 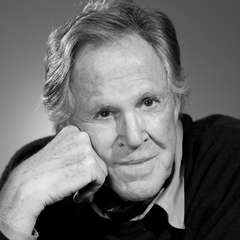 Nathaniel Lande is a journalist, filmmaker, and the author of twelve books, including Cricket and Dispatches from the Front: A History of the American War Correspondent. A full listing of his works can be found at www.NathanielLande.com. He was creative director for the Magazine Group at Time, Inc.; director of Time World News Service; director of Time-Life Films, where his documentaries won over ten international awards; and executive producer at CBS and NBC Television. Lande was educated at Oxford University; earned his doctorate at Trinity College Dublin, where he was a Distinguished Scholar; and held appointments as professor of journalism at the University of North Carolina at Chapel Hill. He lives in Santa Barbara, California.