Paris, 1937. Luke Hamilton—a junior air intelligence officer at the British Embassy—finds himself the target of an assassination attempt. A clear case of mistaken identity—or so it first appears. As Luke is hunted across a continent sliding toward war, he comes to learn that the answers lie deep in a past that predates his abandonment as a baby on the steps of an orphanage twenty-five years ago.

From the author of the bestselling The Savage Garden, and set against a terrific backdrop of Europe on the cusp of the Second World War, this is a compelling novel, rich in adventure, espionage, secrets, and lies.

“A grand adventure, in the tradition of Graham Greene…a sweeping race through Europe for the highest possible stakes, in the year before the Anschluss.” —Joseph Finder, New York Times bestselling author

“The best novel I read this year. Where Dead Men Meet is an exhilarating and hair-raising charge through prewar Europe, with danger at every stunningly beautiful turn. Mills’ descriptions of Paris, Venice, and Zurich are filled with both elegance and lurking menace. Mark Mills is Alan Furst with afterburners, and this book is a powerful tale of revenge, love, and self-discovery, all packed into an utterly compelling historical thriller.” —Mark Pryor, author of The Paris Librarian

“This book hit a lot of the right buttons for me…I would highly recommend this book to anyone who loves a good spy novel with a little pre-WWII intrigue thrown in.” —Big Bald Books

“A taut thriller…From the opening scene, even the opening line, we know we’re in the hands of a master storyteller…Highly recommended.” —Historical Novels Review

“Like watching a classic Alfred Hitchcock movie…Smart entertainment, a suspenseful escapade across Europe with a dash of romance and involving characters who insist you come along for the unforgettable ride.” —Shelf Awareness

“A pulse-pounding thriller of the first order…Believable characters, a richly detailed historical setting, and a story that keeps the reader’s attention glued until the final page.” —Library Journal (starred review)

“Like Alan Furst, Mills has a sure hand with historical thrillers that mix intrigue, setting, and romance, and, after a five-year absence, it’s great to have him back.” —Booklist

“Australian-born reader Linski…[provides] a brisk narration that maintains its energy and compulsive pacing throughout. His Luke seems initially perplexed by his sudden propulsion into an unfamiliar and very dangerous world, but before long there’s strength and self-confidence in his voice that lets listeners glide through this story of international intrigue.” —Publishers Weekly (audio review)

“A powerhouse of a novel, throwing sparks and hissing steam as it traverses the fractious landscape of prewar Europe in the company of vivid and memorable characters.” —Dan Fesperman, award-winning author of The Letter Writer 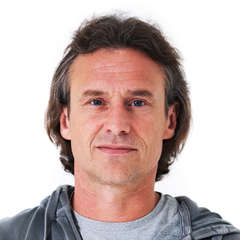 Mark Mills is a screenwriter and the author of The Savage Garden and Amagansett. His first novel, Amagansett, was published in a dozen countries and received the British Crime Writers’ Association John Creasy Memorial Dagger Award. A graduate of Cambridge University, he lives in Oxford with his wife and their two children.

David Linski (a.k.a. David Ligudzinski and David Atlas) is a graduate of the prestigious National Institute of Dramatic Art in Sydney, Australia. He has numerous voice-over credits, an extensive theatrical résumé, and has starred in short and feature films both in the United States and Australia.