Orphan Black meets The Handmaid’s Tale in this edge-of-your-seat thriller about a country in crisis and a mother and daughter determined to stick together and skirt the law to stay alive.

Six months ago, in an English hospital, a baby that wriggled and kicked in the womb refused to breathe at birth.

She was the first of the Intrapartum X babies—also known as “doll babies.”

Since then there have been many more and the country is in crisis. Despite the millions poured into research, scientists are floundering. Media headlines breed fear and confusion. The prime minister has passed a new act for the Protection of Human Life, granting government the power to directly monitor pregnant women, and increasing powers of surveillance on all citizens.

In the estuary town of Whitehaven, seventeen-year-old Lainey has been troubled since her close friend Ellis disappeared over the summer. Determined to find Ellis, Lainey and her friends are walking ever closer to the swiftly changing lines of the law.

Lainey’s mother Emma is a midwife at Whitehaven Hospital. As doll baby numbers climb, and hospital policy grows more rigid by the day, staff and patient behavior becomes increasingly unpredictable. It’s only a matter of time before the situation explodes.

When events take a shocking turn, Lainey and Emma find themselves traitors in a hostile and rapidly changing world. To reach safety they must work together, even when they are torn apart – because hope, however distant, is always worth fighting for.

Never Let Her Go is a new breed of near-future thriller, an unflinching story of a society at tipping point, infused with the power of female friendship and the strength of maternal bonds. Featuring a dynamic group of women determined to triumph against the odds, this is a story made for sharing between mothers, daughters and grandmothers, and all who love them. 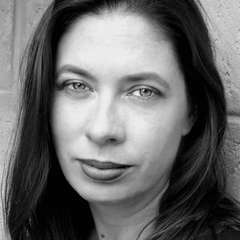 Sara Foster was born and raised in England and moved to Australia in 2004. She has published six other novels: Come Back to Me, Beneath the Shadows, Shallow Breath, All That Is Lost between Us, You Don’t Know Me, and The Hidden Hours. She lives near Perth, Western Australia, with her husband and two daughters, and is a doctoral candidate at Curtin University.