Hemingway’s brilliant first novel is a poignant tale of love, loss, and the power to endure.

In his unforgettable first novel, Hemingway artfully illuminates the plight of the Lost Generation, weaving a poignant tale of love and loss in the aftermath of World War I. The story follows two expatriates living in Paris in the 1920s: Jake Barnes, an American war veteran and journalist, and Lady Brett Ashley, an independent Englishwoman exploring the opportunities afforded by a new era of liberated women and sexual freedom. Impotent due to an injury suffered during the war, Jake must navigate his hopeless love for Brett in a changed world of waning morality.

From Parisian society’s vibrant nightlife to the ruthless bullfighting rings of Spain, The Sun Also Rises takes readers on a powerful journey through mass disillusionment, moral bankruptcy, and elusive could-have-beens. All the while, we see both the brokenness and resilience of a generation scarred physically and emotionally by the horrors of war.

“No amount of analysis can convey the quality of The Sun Also Rises. It is a truly gripping story, told in a lean, hard, athletic narrative prose that puts more literary English to shame.” —New York Times (1926) 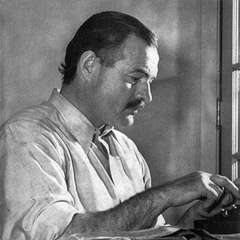 Ernest Hemingway (1899–1961), born in Oak Park, Illinois, started his career as a writer in a newspaper office in Kansas City at the age of seventeen. After the United States entered the First World War, he joined a volunteer ambulance unit in the Italian army. After his return to the United States, he became a reporter for Canadian and American newspapers. During the twenties, Hemingway became a member of the group of expatriate Americans in Paris, which he described in his first important work, The Sun Also Rises. He also wrote Farewell to Arms, For Whom the Bell Tolls, and The Old Man and the Sea, the story of an old fisherman’s journey, his long and lonely struggle with a fish and the sea, and his victory in defeat. He also wrote short stories that are collected in Men Without Women and The Fifth Column and the First Forty-Nine Stories. Hemingway died in Idaho in 1961. 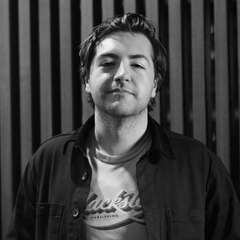 Michael Gandolfini debuted his acting career in 2018’s Ocean’s 8 before being cast in the HBO drama series The Deuce as Joey Dwyer. In 2021 he appeared in the film The Many Saints of Newark as a young Tony Soprano, the character originally played by his late father, James Gandolfini, in the hit HBO television series The Sopranos.