Based on the experiences of a real French spy, Jack Beaumont’s first-hand knowledge and experiences make this thriller plausible and frightening as you’re plunged into the very real world of terror, espionage, and danger.

Alec de Payns is an undercover operative in the ultra-elusive French Y Division of the DGSE, a foreign intelligence service equivalent to the CIA or MI6. Code named Aguilar, de Payns is one of the division’s most accomplished agents working to neutralize international threats on a daily basis while simultaneously trying to balance his home life as a husband and father. When a routine mission to infiltrate a dangerous terrorist group unexpectedly goes belly up, Alec is faced with the unthinkable: that he may have been betrayed by someone in his close-knit team—and they may be trying to pin the blame on Alec himself.

Back in Paris, Alec is assigned to investigate a secretive biological weapons facility in Pakistan which the DGSE believes to be producing a newly weaponized strain of bacteria, intended for release in France. As Alec works to uncover the facility’s secrets, he must also fight to clear his name and discover who the mole is before it’s too late. It’s not just his reputation that’s at stake—it’s the lives of his wife, two young children, and the entire population of Paris.

“The Frenchman is, in the way of many thrillers, a disturbing reminder of how fragile our modern world is and how easy it might be [to] upend the world order. It is a spy thriller that only an insider could have written.” —The Blurb 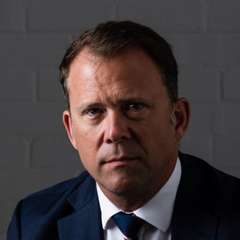 Jack Beaumont is the pseudonym of a former operative in the clandestine operations branch of the French foreign secret service, the DGSE. He joined ‘The Company’ after being an air force fighter pilot and later flying special operations and intelligence missions.