The Cold Hard Light is a spare and bracing literary debut that tells the story of a new father who falls into the grip of obsession.

The novel begins when the man who assaulted Andrew Harrison’s sister is released from prison. Benjamin Williams was barely more than a kid when he was sentenced to eleven years, but it is impossible to know what he has become since. Andrew, nicknamed H, is compelled to learn for himself when his uncle Billy hands him a gun and says to go find the man. As H’s interest in Williams grows, he struggles to keep his world in balance. His hockey career has stalled, his girlfriend suffers from postpartum depression that is neither understood nor diagnosed, and the allure of vengeance threatens to erase his moral self.

Set in present-day Boston, The Cold Hard Light explores the drama of modern American urban life, where the poor work gig jobs that cater to the rich, where race can be weaponized, guns are treated like toys, and the desire to blame others trumps the need to understand them. These forces and more weigh upon the characters in this crystalline novel, hurtling them toward an irrevocable conclusion.

“Christopher Amenta has done something remarkable with The Cold Hard Light: he’s told a crime story that doesn’t make you feel like you’ve heard it all before; a Boston story that actually feels like Boston, and a revenge thriller that affords the hunter, the hunted, and all the tragedies in between the courtesy of a beating heart. Quite a debut.” —Howard Bryant, author of Shut Out: A Story of Race and Baseball in Boston

“The Cold Hard Light is a fascinating, compelling read—a book that will haunt you long after you finish it. Amenta has a subtle, captivating voice that carries the story beautifully. The characters may remind you of Raymond Carver’s half-beaten, working-class survivors, but they’re caught up in a tale that is early George V. Higgins blue-collar noir. The novel’s Boston, and its modern-day service economy that chews up exhausted gofers without a second thought, is the backdrop for a story of trauma, conscience, hard choices, and the hand of fate. Amenta is a writer to watch.” —Jack O’Connell, author of Word Made Flesh and The Resurrectionist

“The Cold Hard Light is a stark, Dostoyevskian tale of obsession and the myriad of ways in which hatred corrupts the soul and, bit by bit, chisels away at our humanity. H is a contemporary American grotesque, a modern-day Raskolnikov, shaped and fueled by bigotry, by his own failings, and the very ‘white’ sense of what he is owed in the world and what he believe others have taken from him. Twisted into a paranoid shell of a man, and, like Raskolnikov, obsessed and subsumed by his own hatred and shame, H ultimately exists within a prison all of his own making.” —Thomas O’Malley, author of This Magnificent Desolation 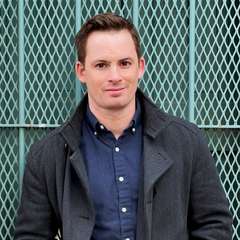 Christopher Amenta is a writer living in Boston. He received his undergraduate degree from the College of the Holy Cross, where he was awarded the James H. Reilly Memorial Purse, and his MFA from Boston University, where he received the Saul Bellow Award and was named a Leslie Epstein Global Fellow. He has taught creative writing at Boston University, and his work has appeared in Redivider, the Evening Street Press, and Boston College Magazine, among others. Christopher is currently at work on his second novel.