A Novel of the 1916 Jersey Shore Shark Attacks

“Sharks are as timid as rabbits.” So says a superintendent of the Coast Guard, dismissing the possibility that a shark could be the culprit in an unprecedented fatal attack on a swimmer at the Jersey Shore.

It’s July 1916, a time when little is known about ocean creatures, and swimming in the sea is a relatively new pastime. Americans up and down the East Coast are shocked and mystified by the swimmer’s death. Little do they know that this is only the beginning.

A prominent surgeon at the shore, Dr. Halsey, after examining the wounds of the first victim, is the only person who believes that the creature is a shark and that it will strike again. But the public as well as the authorities—and even those who witnessed the attacks—don’t believe him. Dr. Halsey finds himself fighting widespread confusion, conspiracy theories, defiance, and outright denial of the shark.

Seeking the input of commercial fishermen, Dr. Halsey learns that they have long been concerned about a creature they call the beast. The local Native Americans, the Lenape, have their own beliefs as well.

The shark attacks occur in an already fraught time. A brutal war rages in Europe, and Americans are divided about becoming involved. Meanwhile, an unprecedented outbreak of “infantile paralysis” (polio) creates widespread panic. Into this scenario, the sea monster arrives. But what is it? Theories range from a huge mackerel to a giant sea turtle, or even a German submarine.

The story of the 1916 Jersey Shore shark, believed to be a great white, changed the way Americans think of the seashore, reminding us once again that nature plays by its own rules. 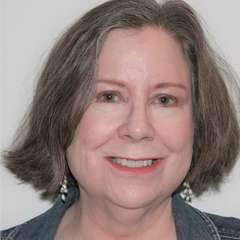 Amy Hill Hearth, who lives at the Jersey Shore, is a New York Times, Washington Post, and USA Today bestselling author and a Peabody Award winner. She writes nonfiction as well as fiction, and books for both adults and young readers. This is her first thriller. Her areas of interest include American history, elder wisdom, and forgotten or little-known stories. Her ancestors, who include a Lenni-Lenape woman, called the Jersey Shore home for many generations. You can read more about her at www.AmyHillHearth.com.