After Englishman John Blackthorne is lost at sea, he awakens in a place few Europeans know of and even fewer have seen—Nippon. Thrust into the closed society that is seventeenth-century Japan, Blackthorne is torn between two worlds that will each be forever changed.

This Shōgun Collector’s Edition is a stunning homage to author James Clavell’s masterpiece of work. The book has an elegant leatherbound cover with glistening red and silver foil accents. Inside you’ll find beautiful watercolor-like illustrations in subtle inky black and grey tones and a silky red ribbon bookmark.

After Englishman John Blackthorne is lost at sea, he awakens in a place few Europeans know of and even fewer have seen—Nippon. Thrust into the closed society that is seventeenth-century Japan, a land where the line between life and death is razor-thin, Blackthorne must negotiate not only a foreign people, with unknown customs and language, but also his own definitions of morality, truth, and freedom. As internal political strife and a clash of cultures lead to seemingly inevitable conflict, Blackthorne’s loyalty and strength of character are tested by both passion and loss, and he is torn between two worlds that will each be forever changed.

Powerful and engrossing, capturing both the rich pageantry and stark realities of life in feudal Japan, Shōgun is a critically acclaimed powerhouse of a book. Heart-stopping, edge-of-your-seat action melds seamlessly with intricate historical detail and raw human emotion. Endlessly compelling, this sweeping saga captivated the world to become not only one of the best-selling novels of all time but also one of the highest-rated television miniseries, as well as inspiring a nationwide surge of interest in the culture of Japan. Shakespearean in both scope and depth, Shōgun is, as the New York Times put it, “…not only something you read—you live it.” Provocative, absorbing, and endlessly fascinating, there is only one: Shōgun.

“An utterly engrossing classic that still thrills to this day. James Clavell’s Shōgun draws you in and never lets you go. This epic story epitomizes the will to battle fiercely despite impossible odds. A riveting must-read.” —Karin Slaughter, New York Times bestselling author

“An epic novel that cuts bloodred deep into the beating heart of the timeless quest for power. Clavell’s work is rightly positioned among the must-read historical fiction classics.” —Don Winslow, New York Times bestselling author of The Cartel and The Force

“A colossal work in every way…A huge panorama…but you won’t want it shorter by one sentence.” —Cosmopolitan

“Shōgun is irresistible…I can’t remember when a novel has seized my mind like this one. Perhaps it was the author’s Hong Kong novel Tai-Pan…James Clavell breathes narrative. It’s almost impossible not to continue to read Shōgun once having opened it. Yet it’s not only something that you read—you live it…People, customs, settings, needs, and desires all become so enveloping you forget who and where you are.” —New York Times Book Review

“One of those books that blots up vacations and imperils marriages because it simply will not let the reader go.” —Washington Post

“Superbly crafted…Grips the reader like a riptide…Gets the juices flowing!” —Washington Star 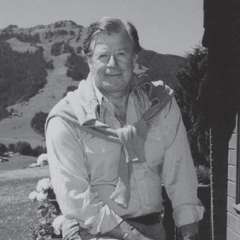 James Clavell (1921–1994) was a novelist, screenwriter, director, and World War II veteran and prisoner of war. He is best known for his epic Asian Saga novels, which launched with the 1962 bestseller King Rat, and their televised adaptations. He also wrote screenplays for such films as The Great Escape and The Fly, and was a writer, director, and producer on To Sir, with Love. His books Shōgun, Noble House, Tai-Pan, and Whirlwind were #1 New York Times bestsellers.

Ralph Lister is an actor, voice actor, and AudioFile Earphones Award–winning narrator. He spent fifteen years in London theater before moving to the United States to focus on film and television. He has held numerous roles in Shakespeare and modern dramas, as well as starring roles in independent films. His voice and character work can be heard in Disney’s Pirates of the Caribbean: The Curse of the Black Pearland 13 Going On 30. He lives in Los Angeles.