By Griffin Barber and Kacey Ezell

A Tor.com Reviewers' Choice of the Month

After a devastating galactic war, disgraced veteran Ralston Muck ekes out a living as a bouncer at Last Stop Station’s premier nightclub, A Curtain of Stars. Night after night he listens to the club’s star performer, Siren, sing her memories and ease some of his aching loss. But when Siren goes missing, Muck finds himself drawn into a world of dirty cops, drug lords, and conspiracies that trace back to the war itself.

The only person he can trust isn’t even human. Angel, Siren’s personal AI, was ripped from the singer’s mind the night Siren disappeared. With no idea what has happened to her human host, and pursued by a killer virus, Angel flees to Muck for answers.

Together they struggle to comprehend the conspiracy that entangles both their lives. Can Muck and the angel on his shoulder recover Siren before it’s too late? Or will he lose everything that matters to him one more time?

“In Second Chance Angel, a pair of badly damaged combat veterans team up to find the kidnapped woman who is crucial to both of them. One vet was an enlisted grunt. The other was an officer’s artificial intelligence. Vivid action and intelligent backgrounds as the team unravels a criminal conspiracy that goes well above their pay grades.” —Dave Drake, author of Hammer’s Slammers

“Space opera, sentient AIs, and a mystery to solve. What more can you ask for?” —S. K. Dunstall, author of Linesman

“A war veteran and a disembodied artificial intelligence form a partnership to solve a string of horrible crimes. The human/AI detective theme hasn’t been done this well since Isaac Asimov’s Lije Baley and R. Daneel Olivaw novels, The Caves of Steel, The Naked Sun, and The Robots of Dawn—with the advantage that the AI science in Second Chance Angel is that of the modern era, not Asimov’s time.” —Eric Flint, author of 1632

“With this fun, noir-tinged thriller, the first in the Last Stop Station series, Barber and Ezell weave together intrigue, action, and romance, all with a hard-boiled sensibility…The authors expertly contrast claustrophobic interiors and the vastness of space, creating a world that feels both alien and lived-in. Readers will be hooked.” —Publishers Weekly 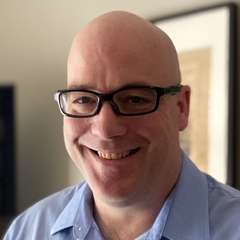 Griffin Barber spent his youth in four different countries, learning three languages while holding down jobs in marinas, bars, cafés, and, memorably, cold-calling casino guests. Finally settled in Northern California with a day job as a police officer in a major metropolitan department, he lives the good life with his wife and daughter. 1636: Mission to the Mughals, coauthored with Eric Flint, was his first novel; he has also written numerous short stories. Second Chance Angel is what he hopes to be the first of many collaborations with Kacey Ezell. 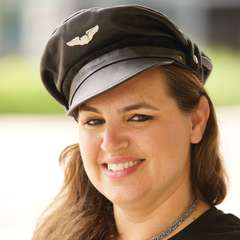 Kacey Ezell is an active duty USAF helicopter pilot. When not teaching young pilots to beat the air into submission, she writes sci-fi/fantasy/alt history. She was a Dragon Award finalist in 2018 and 2019 for her novels Minds of Men and The Worlds Asunder, and her stories have twice been featured in Baen Books’ Year’s Best Mil/Adventure SF compilation. In 2018, her story “Family Over Blood” won the 2018 Baen Reader’s Choice Award. She has books published by Baen, Chris Kennedy Publishing, and Blackstone Publishing. You can find out more and join her mailing list at www.KaceyEzell.net.

Jennifer Jill Araya has been trained as an opera singer and orchestral cellist, lending a musicality and depth of understanding to her narration that help bring her authors’ stories to life. When she’s not narrating, Jennifer can be found hiking, biking, running, or generally exploring her home city of Cincinnati with her husband, Arturo, and their two children.

David Drummond has made his living as an actor for over twenty-five years, appearing on stages large and small throughout the country and in Seattle, Washington, his hometown. He has narrated over thirty audiobooks, in genres ranging from current political commentary to historical nonfiction, fantasy, military, thrillers, and humor. He received an AudioFile Earphones Award for his first audiobook, Love ’Em or Lose ’Em: Getting Good People to Stay. When not narrating, he keeps busy writing plays and stories for children.

Natasha Soudek was raised in the South, speaks native German, lived in Berlin and Vienna, and finally settled in the Lower East Side of New York City. After honing her stage presence by studying acting and playing hundreds of live music shows (singing and playing bass), she moved to LA to record with Channel/DreamWorks and act on TV. Her voice is as distinct and memorable as the range of characters she’s played on-screen.