Intergalactic explorer, venture capitalist, and Casanova Sam Gunn may be gone, but his legacy lives on in his son, Sam Gunn Jr.

In his first-ever adventure, Sam Gunn Jr. sets off to fulfill his father’s left-behind mission of interplanetary enterprising. He soon learns his father’s shoes are tough to fill, but he is up for the task. Junior takes a journey through the stars, falling in love with beautiful women and leaving his unique mark everywhere he ventures. Soon, however, this trip through the universe takes a dangerous turn when Junior lands on Saturn and learns about a recent scientific discovery that will change everything, possibly forever.

Will he be able to save the universe and live up to his father’s name? Take an unforgettable ride through space in master sci-fi author Ben Bova’s exciting novel!

“No one has done more to keep the dream of space alive in science fiction than Ben Bova.” —Wall Street Journal

“A riveting ride through the early years of interplanetary settlement, full of surprises and impossible to put down. Loved it.” —Jack McDevitt, award-winning science fiction author

“Sam Gunn Jr. is a romp, a lovingly written, entertaining gem of an SF novel that takes the old ideals of a capitalist Space Race culture, builds them big, and then builds them bigger.” —SFFWorld.com 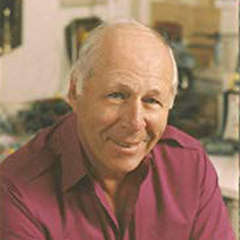 Ben Bova (1932–2020), American author of more than one hundred books of science fact and fiction, was awarded posthumously the Kate Wilhelm Solstice Award. His work earned six Hugo Awards. He received the Lifetime Achievement Award of the Arthur C. Clarke Foundation in 2005, and his novel Titan won the John W. Campbell Memorial Award for the best science fiction novel of 2006. In his early career, he was a technical editor for Project Vanguard, the United States’s first effort to launch a satellite into space in 1958. He then was a science writer for Avco Everett Research Laboratory, which built the heat shields for the Apollo 11 module. He held the position of president emeritus of the National Space Society and served as president of the Science Fiction and Fantasy Writers of America.