Annev has avoided one fate. But a darker path may still claim him . . .

After surviving the destruction of Chaenbalu, new mysteries and greater threats await Annev and his friends in the capital city of Luqura. As they navigate the city’s perilous streets, Annev searches for a way to control his nascent magic and remove the cursed artifact now fused to his body.

As Annev grapples with his magic, Fyn joins forces with old enemies and new allies, waging a secret war against Luqura’s corrupt guilds in the hopes of forging his own criminal empire. Deep in the Brakewood, Myjun is learning new skills of her own as apprentice to Oyru, the shadow assassin who attacked the village of Chaenbalu—but the power of revenge comes at a daunting price. And back in Chaenbalu itself, left for dead in the Academy’s ruins, Kenton seeks salvation in the only place he can: the power hoarded in the Vault of Damnation . . .

“With Master Artificer, Justin Call takes everything that made his debut so utterly amazing and cranks it up to the next level. He’s created a world so real that it’s hard to believe it comes out of his imagination, and yet he never lets the stage overwhelm the tautness of the plot as we journey along with Annev down his dark, dark path. And somehow, Call keeps the tension building and building until you can’t take any more—and then he turns up the heat even more. If you love losing yourself in a story full of monsters, gods, and some dark magic that feels so real you’ll think you can cast a few spells yourself, this book—this series—is for you. Move over Sanderson, there’s a new master storyteller in town (and I’m just a little bit jealous).” —Mike Shackle, author of We Are the Dead and A Fool’s Hope

“If Master of Sorrows established a fresh new mark on modern epic fantasy, then Master Artificer carves a brightly burning glyph that will attract a bigger and bigger following for years to come…Call has created a rare blend of story innovation, authentic characters, and a finely-crafted, diverse world that elevates the bar of what epic fantasy can achieve.” —Adam Weller, Fantasy Book Review

“Justin Call knocked on the door and introduced himself to the fantasy world with book one, but with Master Artificer he kicks down the door, grabs us by the throat, and demands our undivided attention.” —Nick Borrelli, Out of This World SFF Reviews 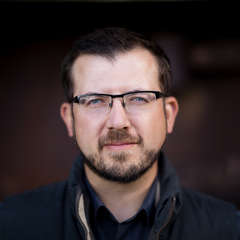 Justin Travis Call is a graduate of Harvard University and the author of Master of Sorrows, Book 1 of the Silent Gods series. In addition to being a novice screenwriter and voice actor, Justin is also the CEO of Broomstick Monkey Games and codesigner of Imperial Harvest and Royal Strawberries. When he isn’t reading or writing books, Justin likes boxing, designing tabletop games, and playing League of Legends. He currently lives in Park City, Utah, with his wife, his two sons, his Great Dane (Pippa) and his Saint Bernard-mastiff (Herbie).

Peter Kenny, an AudioFile Earphones Award–winning narrator, is a talented and experienced actor, voice-over artist, singer, musician, and designer, with over twenty-five years of experience working in theater, film, television, and audio. He has achieved great critical acclaim for multicharacter recordings of audiobooks by authors such as Iain Banks, Christopher Priest, and Edmund St Aubyn.