“A free license given to all acts of inhumanity and lust…this execrable crew of butchers.”—Gulliver’s Travels, Jonathan Swift

Lucas Baird never got much of a break when he was a child, but by his early twenties, his good looks and easy manner allow him to skate through life without having to put in much effort. On the cusp of manhood in years yet still a boy—what Anthony Trollope called a hobbledehoy—charming Luke has enjoyed his extended adolescence of drinking and small-time cons. But when a freak accident compels him to leave LA—and leave fast—he finds himself in New York, in the seemingly idyllic Long Island beach town of Shorelane, where through a drunken mistake, he becomes trapped in a life-or-death ordeal. Luke’s only potential saviors are a group of local children, who are themselves lost and destined for paths much the same as Luke’s—if not worse—and a young woman, equally lost. For Luke to finally cross into manhood, he will have to come to terms with his own poor judgment and mortality, and find the courage to stay sane in the face of irrational actors.

Reminiscent of The Beach and Lord of the Flies, Little Crew of Butchers is a masterful tale of the innocent savagery of children, but also of the redemptive power of love and courage, and the wisdom that comes from truly growing up.

“A spellbinding tale that masterfully showcases people’s depravity, but also their deep and abiding humanity. Francine Pascal’s view into the human heart, in all its myriad shades, is breathtaking.” —Mia Sheridan, New York Times bestselling author

“Pascal knows how to craft short, snappy chapters that leave the reader wanting more, and little Lucy, described as ‘weird’ by most of those who know her, makes an appealingly different heroine.” —Kirkus Reviews

“Fast-paced, insightful, and disturbingly topical—Francine Pascal’s Little Crew of Butchers is a glimpse into young minds swaying between fear and hope, and how our choices inevitably come back to haunt us.” —Joe Hart, Wall Street Journal bestselling author of The Last Girl

“In Little Crew of Butchers, Francine Pascal tells an unsettling story of four desperate days in the life of a homeless man. As cruelty, love, and violence converge in the final explosive chapters, the truth is all too clear: only we can stop the cycles of inhumanity that plague society.” —Emily Carpenter, author of Until the Day I Die

“A tour de force that explores the savagery of children and the dark side of innocence.” —Mindy McGinnis, author of The Female of the Species

“Francine Pascal is without comparison.” —Lucinda Berry, bestselling author of When She Returned 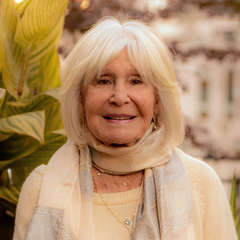 Francine Pascal is the creator of the Sweet Valley High series and one of the world’s most popular fiction writers for teenagers. She is the author of several bestselling novels, including My Mother Was Never a Kid (Hanging Out with Cici), My First Love and Other Disasters, as well as the Fearless series. Her adult novels include Save Johanna! and If Wishes Were Horses and the nonfiction book The Strange Case of Patty Hearst. She has collaborated with Michael Stewart on the Broadway musical George M! and with Jon Marans and Graham Lyle she has written the musical The Fearless Girl. She is on the advisory board of the American Theatre Wing. Her favorite sport is a monthly poker game. 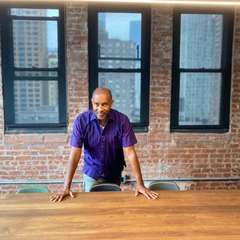