Ray Hogan remains one of the masters of Western fiction. His stories are especially notable for their compelling characters united with a narrative style that is as intensely interesting as it is emotionally involving.

Between Life and Death

Recently released from prison, Dade Lockett was serving time as an accessory to robbery. His partner in crime, Pete Dillard, was not captured. In fact, Dillard abandoned Lockett during the chase, taking all the money with him. While on his way to confront Dillard and settle the score, Lockett witnesses a raid on a ranch defended by a young woman, her younger brother, and an old man. The last thing Lockett wants is to be distracted from his purpose, but his fundamental sense of decency compels him to act. With the element of surprise on his side, he joins in the fray.

In the second novel in this duo, Ben Jordan leaves Mexico after receiving a job offer from Tom Ashburn, an old friend of Ben’s late father. But while making the journey north, Ben is caught in a terrific thunderstorm in which he loses his horse and gear. He manages to take shelter in a seemingly abandoned cabin, only to find the mortally wounded Walt Woodward. Woodward tells Ben that he is carrying $20,000 in his saddlebags, the proceeds from selling his ranch. If Ben will deliver the money to Woodward’s wife, he can keep $1,000 for himself. But a gang of thieves has been on Woodward’s trail from the very beginning—and they’ll kill anyone who stands between them and the money. 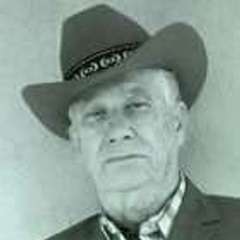 Patrick Lawlor, an award-winning narrator, is also an accomplished stage actor, director, and combat choreographer. He has worked extensively off Broadway and has been an actor and stuntman in both film and television. He has been an Audie Award finalist multiple times and has garnered several AudioFile Earphones Awards, a Publishers Weekly Listen-Up Award, and many starred audio reviews from Library Journal and Kirkus Reviews.