The daughter of a Chilean father and a Filipina mother, Cecilia Rodriguez Aragon grew up as a shy, timid child in a small midwestern town during the 1960s. Targeted by school bullies and dismissed by many of her teachers, she worried that people would find out the truth: that she was INTF. Incompetent. Nerd. Terrified. Failure. This feeling stayed with her well into her twenties when she was told that “girls can’t do science” or “women just don’t know how to handle machines.”

Yet in the span of just six years, Cecilia became the first Latina pilot to secure a place on the United States Unlimited Aerobatic Team and earn the right to represent her country at the Olympics of aviation, the World Aerobatic Championships. How did she do it?

Using mathematical techniques to overcome her fear, Cecilia performed at air shows in front of millions of people. She jumped out of airplanes and taught others how to fly. She learned how to fund-raise and earn money to compete at the world level. She worked as a test pilot and contributed to the design of experimental airplanes, crafting curves of metal and fabric that shaped air to lift inanimate objects high above the earth. And best of all, she surprised everyone by overcoming the prejudices people held about her because of her race and her gender.

Flying Free is the story of how Cecilia Aragon broke free from expectations and rose above her own limits by combining her passion for flying with math and logic in unexpected ways. You don’t have to be a math whiz or a science geek to learn from her story. You just have to want to soar.

“Cecilia Aragon’s riveting journey (and love of math!) led her from bullied Latina schoolgirl to aerobatic superstar, demonstrating not only courage to perform upside-down airplane stunts, but courage of the heart to overcome her fears and the low expectations of those around her. I hope her story reaches girls around the world, to show them how rising above hateful stereotypes truly is possible for anyone. She’s an inspiration, and I’m proud to have included her in my book Hot X: Algebra Exposed!” —Danica McKellar, actress (The Wonder Years, Hallmark movies) and New York Times bestselling author of McKellar Math books

“Flying Free is an important story about overcoming racism and deficit thinking in order to excel in aviation and academia. Indeed, it should be required reading for everyone because Dr. Aragon reveals the impact of extreme bullying during her youth and the lack of validation during her education. The book provides a ‘face’ to what numerous studies have shown regarding the low representation of women, in particular those from underrepresented groups, in many STEM fields. Dr. Aragon’s struggles as a youth, and her fight to win those struggles, provides motivation to others facing similar situations. More importantly, Flying Free offers an opportunity for others to reflect on how one’s actions and words can negatively affect others.” —Ann Quiroz Gates, professor, University of Texas at El Paso, and director, Computing Alliance of Hispanic-Serving Institutions

“I loved watching Cecilia’s transformation as she discovered her love of flying and just went for it, challenging all the stories that her upbringing had taught her. I realized that I have been struggling with some of the same stories—such as the ones telling us that we should be small and selfless—and through cheering her on in this book, I also started cheering on myself.” —Sarah E. McQuate, science writer and biochemistry PhD

“Dr. Cecilia Aragon in her book Flying Free tells a story of courage and perseverance, one that needs to be heard. Her story is one laced with grit and determination. The arc of Cecilia’s commitment to success inspires me and will inspire many young women who wonder, Can I do what I want to do? The backdrop for her story is one of racism and prejudice as she is one of the first Latinas to fly on the US Aerobatic Team, and to be a successful computer-science academic leader. Everyone needs to hear her story.” —Dr. Telle Whitney, cofounder, Grace Hopper Celebration Conference

“This is a must-read book for anyone who has ever had any doubts about what they can achieve! Cecilia chronicles her path from a young Latina, who experienced racism verbally and physically, to a confident and very successful professor in computer science at a top university. Her passion for flying provided a path to face and overcome her fears to become the first Latina on the US Aerobatic Team and medalist at the World Aerobatic Championships. Her passion for flying gave her a strong voice for her personal and professional life!” —Valerie Taylor, CEO and president, Center for Minorities and People with Disabilities in Information Technology

“[Aragon] describes her feelings and experiences, particularly in flight, with great emotion, and readers will understand her motivations and appreciate her determination…A message of inspiration for those seeking to break free from societal norms.” —Kirkus Reviews

“Flying Free is no fairy tale. Cecilia Aragon has carved out a big life for herself with persistence, determination, hard work, and intention while continually quashing a deeply instilled message to stay small, stay safe, stay in the passenger seat. The vivid details of her flights allowed me to fly vicariously through her. I could feel the exhilaration of a stall or spin or loop, the pressure of the g-forces alternating with weightlessness, the blood rushing to my head as I hung upside down, the smell of sage or pine rushing up at me. Cecilia’s story shows us how empowering and rewarding it is to be in the pilot’s seat, and that we can do it, not fearlessly, but in spite of our fear, flight by flight.” —Jan Redford, author of End of the Rope: Mountains, Marriage, and Motherhood

“Flying Free is a memoir that will absolutely transport you with its spellbinding, page-turning story, a story that insists your own dreams are achievable if you—like Cecilia Aragon—break them down into small steps and use logic to face down your fears. Flying Free offers us an adventure of a lifetime and a plucky narrator who just keeps picking up each time she gets knocked down. Cecilia Aragon is a master storyteller who reminds us that a bigger life is possible for each of us. Read this book!” —Theo Pauline Nestor, author of Writing Is My Drink

“Aragon’s crisp, straightforward narration mirrors the steps she had to take before, during, and after every flight: plot a course, perform the necessary mechanical checks, load the plane, strap herself in, take off…Readers will cheer Aragon’s journey, which eventually takes her to France for the World Aerobatic Championships…Her memoir is a paean to flying, a testament to grit and hard work, and a real-life model for anyone longing to cast their fears aside and fly free.” —Shelf Awareness

“If you are looking for some inspiration right now (and aren’t we all?), look no further! You’ll fly through the empowering story of the shy Midwestern girl who grew up to be the first Latina on the United States Unlimited Aerobatic Team.” —Ms. Magazine

“Aragon writes with endearing honesty, humility, and vivid detail…Cecilia Aragon is no less than a thrilling inspiration to anyone who wants to accomplish something that frightens them or who has been discouraged from trying…Like jet fuel to an airplane, Aragon shows how passion is the ingredient that powers people to action, allowing them to reach great heights.” —New York Journal of Books

"Flying Free reads like a true underdog story…Flying becomes like breathing to Cecilia. Her ability to overcome her fears is inspiring as she struggles with finances, her marriage, self-doubt, and being one of the few female pilots—and only Latinx pilot—to attain a place on the US Aerobatic Team. Her story is an inspiration for all of us to take that full breath of life.” —San Francisco Book Review (5 Stars) 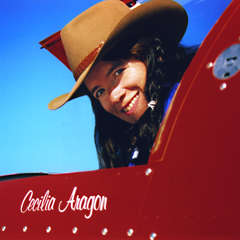 Cecilia Aragon is an author, air-show pilot, and the first Latina full professor in the College of Engineering at the University of Washington in Seattle. She coauthored Writers in the Secret Garden, has worked with Nobel Prize winners, taught astronauts to fly, and created musical simulations of the universe with rock stars. Her major awards for research, and a stint at NASA designing software for Mars missions, led President Obama to call her “one of the top scientists and engineers in the country.”

Roxanne Hernandez is an audio narrator and a top narrator choice for young adult, adult drama, and Latin American/Chicano literature. She was a finalist for the prestigious Audie Award for best narration in 2011.