The year is 2026. The US military has a new weapon in its arsenal: an intelligent life-form so versatile that it can not only create a new generation of weapons but can become a weapon itself—entering a host’s body to manipulate (or kill) them. Admiral James Curtiss is tasked with deploying the new weapons, first in Cuba, then Venezuela, then China. But the news of the military’s breakthrough has gotten out and there are menacing forces trying to steal it.

What’s more, a single man has somehow harnessed the new power and has become something more than human—godlike and seemingly indestructible. He is known only as the Inventor, and he has a warning for humanity: abandon the new technology or the human race will face extinction. It’s a countdown to doomsday. But humanity’s final fate may be decided in the most unlikely of places: among the primitive tribes of the Kalahari Desert where a top secret military mission has just taken an unexpected turn.

“All the promise of The Last Sword Maker is realized in Five Tribes—an intelligent, nail-biting, immensely satisfying technothriller.” —John Altman, author of The Korean Woman

“A perfect storm of technology and unchecked power threaten civilization in this intricately plotted and fast-paced cautionary tale. A captivating warning we all must heed.” —James L’Etoile, bestselling author of At What Cost and Bury the Past

“In Five Tribes, Brian Nelson has crafted a rock-solid political thriller melded to a science fiction epic. Often in ‘science fiction,’ there’s a higher emphasis on the latter word than the former, but Nelson laces his fiction with believable, well-thought-out science. The former Fulbright Scholar delivers with realpolitik and high-stakes action in a knockout of a novel.” —Dana Haynes, author of St. Nicholas Salvage & Wrecking and Sirocco

“Brian Nelson’s Five Tribes is a tense, ripped-from-the-headlines thriller. Written with the authenticity of Tom Clancy and the cutting-edge suspense of Vince Flynn, here is a must-read adventure that deserves to be read by all, especially those in the halls of power.” —James Rollins, New York Times bestselling author of The Last Odyssey 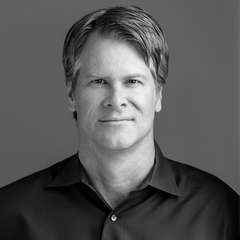 Brian Nelson is a former Fulbright Scholar who holds degrees in international relations, economics, and creative writing (fiction). His first book, The Silence and the Scorpion: The Coup against Chávez and the Making of Modern Venezuela, was named one of the Best Books of 2009 by The Economist. His second book, The Last Sword Maker, was a number one Amazon bestseller in the thriller genre and launched the successful Course of Empire series. His work has appeared in the Virginia Quarterly Review, Christian Science Monitor, and the Southern Humanities Review, among others. He lives in Colorado with his wife and two children.