Meet Tommy Martini, the monk with an anger management problem. Since killing somebody with a single punch is not a needed talent in a monastery, he spends his time praying, meditating, and taking his anger-management medicine. But his meditations are interrupted by a legacy from his uncle, a crooked priest. Arriving in a New Age Arizona town to claim his inheritance, Brother Tommy meets a charismatic, smoking-hot cult leader who claims that women are being impregnated by alien beings while they sleep. Tommy’s own sleep is disturbed—by cartel hit men, Mafia bill collectors, and women intrigued by his vow of chastity. He loses his anger management medicine in time to deal with the hit men, but the women present an uphill battle.

Meet Tommy Martini, the monk with an anger management problem. Since killing somebody with a single punch is not a needed talent in a monastery, he spends his time praying, meditating, and taking his anger management medicine. But his meditations are interrupted by a legacy from his uncle, a crooked priest. Arriving in a New Age Arizona town to claim his inheritance, Brother Tommy meets a charismatic, smoking-hot cult leader who claims that women are being impregnated by alien beings while they sleep. Tommy’s own sleep is disturbed—by cartel hitmen, Mafia bill collectors, and women intrigued by his vow of chastity. He loses his anger management medicine in time to deal with the hitmen, but the women present an uphill battle.

William Kotzwinkle’s quicksilver touch has produced an effervescent piece of entertainment filled with suspense, turns you won’t see coming, and the humor for which he is famous.

“Up till now, the lonely literary crossroads where monastic life intersected with criminality has been occupied mainly by Donald Westlake’s jolly novel Brothers Keepers. But William Kotzwinkle’s Felonious Monk—what a mad, pitch-perfect title!—blows away the Westlake novel in much the same manner that our hero, Tommy Martini, ruthlessly deals with a skeavy spectrum of would-be assassins out to revenge the various sins that Tommy inherits from his bent priest uncle. Bigger than life and twice as punishing, Tommy Martini, in search only of inner peace and the contemplative life, finds himself forced to wade through a deadly sea of hired killers, mad UFO priestesses, jealous cousins, and haughty crime lords just to keep his head above the dirt. Continually surprising, endlessly shocking and mesmerizing, Martini’s exploits across the brilliantly limned gaudy and grotesque landscape of the Southwest are replete with the trademark Kotzwinkle droll observations, effervescent dialogue, and off-kilter insights. Robert Parker and James Crumley come to mind—then quickly get left behind in the rearview mirror. You want Tommy Martini in your corner, not on the other side, and thanks to Kotzwinkle’s unique verve and talents, every reader can be the ex-monk’s best friend—if they dare!” —Paul Di Filippo, author of The Big Get-Even and others

“A great legend of the written word has returned with a mighty shotgun blast that proves yet again why we call him a legend. The yen and yang of two-gun holy man Tommy Martini is a story for the ages, and he’s just the kind of battered, beleaguered, tough-as-nails-and-twice-as-bizarre anti-hero/anti-scoundrel who could have only come from the neo-Zen imagination of William Kotzwinkle. Refreshingly original, ever-inventive, and deeply moving in the most unexpected moments, Tommy’s one-damn-thing-after-another rocket ride through the dizzying heights of fated love and lowest canyons of mafioso madness will have you doubting your own world and smiling in recognition, leading you into places you never knew existed and providing you with lessons you never knew you needed. A virtuoso symphony from one of fiction’s master maestros.” —Stephen Romano, author of Resurrection Express and The Riot Act

“Sharp as a razor, wryly humorous, and bursting with breathless action, Felonious Monk is William Kotzwinkle at the top of his game. If you’ve never read him before, this is a great place to start!” —Nicholas Kaufmann, Thriller Award–nominated author of Chasing the Dragon and The Hungry Earth

“A savage, white-hot noir overflowing with humor darker than Vantablack. Uncompromising, page-turning, genre-bending—James Cain on nitrous and LSD. Kotzwinkle firing on all cylinders = the best thriller of the year.” —John Altman, author of The Korean Woman and others

“A wild ride of double-crossing crimes…This hard-boiled mystery benefits from its frequent injections of humor and its appealing characters, who are never quite what they seem. Tommy’s interior dialogue is entertaining; his struggles to reintegrate with normal life are thought provoking…A character-driven thriller.” —Foreword Reviews

“[A] nimble comic thriller…Fans of Donald Westlake’s action-packed, screwball crime fiction will hope Martini will be back for an encore.” —Publishers Weekly

“Seasoned novelist William Kotzwinkle tempers the blood-soaked brutality in Felonious Monk with tough-guy witticisms…Kotzwinkle’s writing draws readers into the righteous violence rather than push them away.” —Shelf Awareness

“Mr. Kotzwinkle has been concocting compelling fiction for decades. With Felonious Monk, he’s produced a whiplash adventure that tests the courage and character of its fallible protagonist. Can Tommy Martini emerge from this maelstrom with his soul intact? In the words of his late uncle: 'The Lord moves in mysterious ways'.” —Wall Street Journal 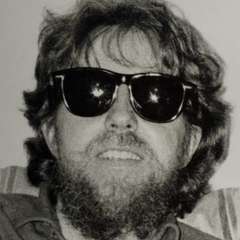 William Kotzwinkle has sold over ten million books. Two-time winner of the National Magazine Award for Fiction, he came to prominence with his cult classic The Fan Man. His novel Dr. Rat won the World Fantasy Award, and his children’s series Walter the Farting Dog sold two million copies. Movie credits include Book of Love and Nightmare on Elm Street 4. He also wrote the narration for Michael Jackson’s E.T. record, which won a special children’s Grammy. His books have been praised by such diverse luminaries as T. C. Boyle, Stephen King, Joanna Lumley, Ian McEwan, Terry Pratchett, Ram Dass, and Kurt Vonnegut. He divides his time between rural Arizona and the coast of Maine.