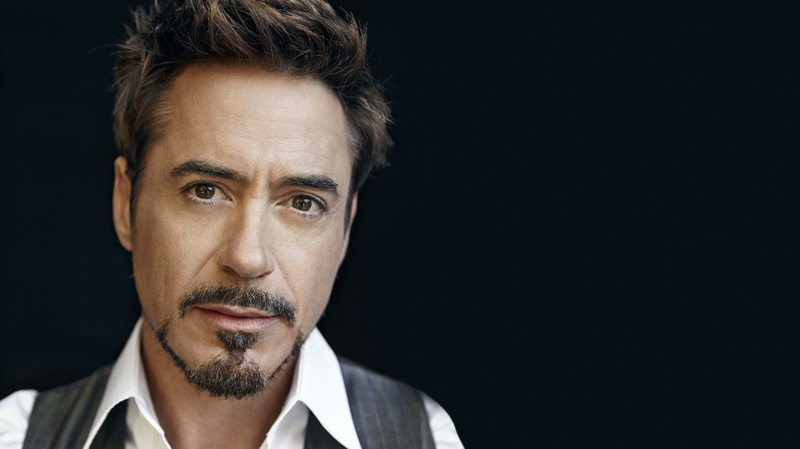 “Our best global food future requires no hand-wringing, fad diets, or radical shame—just a perspective shift to discovering the many solutions in plain sight,” says Robert Downey, Jr. “With Kostigen in the cockpit, and Blackstone’s formidable ground control, it should be an actionable adventure. Join us.”

“Blackstone is proud to partner with Robert Downey, Jr. and Thomas Kostigen to publish this vital book that shows how we, as individuals, can make a major impact with the foods we choose to eat,” says Stanton. “Cool Food provides an approachable roadmap with practical steps to reduce our carbon footprint—and, with brilliant and witty Downey, Jr. and Kostigen at the helm, readers are sure to have a lot of fun as they learn, too.”

Thomas Kostigen remarks, “As the great Yogi Berra once said, ‘The future ain’t what it used to be.’ Increasingly, we are presented with forecasts of a worsening climate. Cool Food shows how we can change that outlook for the better by making a few different choices at the grocery store, trying something new on the restaurant menu, and by keeping an eye out for foods that store more carbon in the ground rather than polluting the air.”

“I am thrilled Blackstone will be publishing Downey, Jr. and Kostigen’s Cool Food,” says Bleiweiss. “We are very passionate about bringing this book and its important message to the largest readership possible. It’s a must-read for anyone who wants to be part of the solution to climate change.”

Cool Food is an eye-opening book that centers on the game-changing, new food category that can empower everyone on the planet to erase or reduce their carbon footprint – one bite at a time.

Co-authors Robert Downey, Jr. and Thomas Kostigen dissect their own take on the new, cool food paradigm to create a wave of awareness and demand. The duo will walk readers through the adventures they embarked on that unfold a 360º story about where these foods are grown and sold – ranging from exotic regions, local productions, and giant wholesale markets (some the size of cities) – and the simple and Michelin-star restaurants at which they are served. By their global journey’s end, readers are provided with all the ingredients needed to eat for a better future; it’s a Cool Food plan.

COOL FOOD’s unusual climate discussion angle of hope and positivity will be seen through the book’s design. Each page will feature a riveting combination of narrative text, journal entries, images, factoids, or aesthetically minded breakout sections. The back of the book will also contain a guide and list of cool foods to help readers of all ages go carbon-free.

In 2019, Downey, Jr. founded The Footprint Coalition (FPC), a business and non-profit solely focused on the adoption and scaling of sustainable technologies. Kostigen has been at the cutting edge of the climate change movement for the past two decades, reporting from all corners of the globe. Together, the two make a rarified team of engaging storytellers who incorporate dashes humor and wit.

ABOUT THE AUTHORS
ROBERT DOWNEY, JR. is a two-time Academy Award nominee and Golden Globe winner best known for his performance in the title role of the blockbuster franchise “Iron Man.” Downey, Jr.’s character as Iron Man/Tony Stark contributed in defining what became an unprecedented cinematic journey ten years in the making. “Avengers Endgame,” the film that starred Downey, Jr. in his iconic role for its final run, garnered more than $2.79 billion at the worldwide box office. Following his Marvel tenure, Downey, Jr. has shifted to writing, producing, and starring in his own projects under his Team Downey banner, the production company he and his wife Susan launched in 2010.

Downey, Jr. is next starring in Christopher Nolan’s highly anticipated, star-studded feature Oppenheimer for Universal, based on the Pulitzer Prize-winning book American Prometheus: The Triumph and Tragedy of J. Robert Oppenheimer.

Marking his first return to television in over two decades, Downey, Jr. is also co-starring in HBO’s The Sympathizer, the series adaptation of Viet Thanh Nguyen’s Pulitzer Prize-winning debut novel. Under the direction of Park Chan Wook and produced by Team Downey, Downey Jr. will play an impressive five supporting roles including the four main antagonists.

Team Downey has a first look deal with HBO. Under the pact, Downey, Jr. and Team Downey executive produced the Emmy-nominated “Perry Mason,” which premiered in 2020 becoming HBO’s most-watched series debut in nearly two years. Most recently, Team Downey produced “Sweet Tooth” for Warner Brothers Television/Netflix. The series premiered to critical acclaim and currently has a 98% Certified Fresh rating on Rotten Tomatoes. Both series have been renewed for second seasons.

Downey, Jr. made his acting debut under the direction of Robert Downey, Sr. in “Pound.” Since then, he has amassed over 90 acting credits over his illustrious career. Previously, Downey, Jr. earned a Golden Globe Award for his performance as the lead role in the action-adventure “Sherlock Holmes.” The film brought in more than $524 million at the global box office and was followed by the equally prosperous sequel, “Sherlock Holmes: A Game of Shadows,” which earned more than $545 million worldwide.

Downey, Jr. was also nominated for an Academy Award in the Best Supporting Actor category for his work in Ben Stiller’s 2008 comedy hit “Tropic Thunder.” His performance as Kirk Lazarus also received Golden Globe, BAFTA, and Screen Actors Guild (SAG) Award nominations. In 1992, Downey, Jr. was honored with his first Academy Award nomination in the Best Actor category for his portrayal of Charlie Chaplin in Richard Attenborough’s acclaimed biopic “Chaplin,” for which he also received a Golden Globe Award nomination. His role as Chaplin earned him a BAFTA Award and a London Film Critics’ Circle Award.

THOMAS M. KOSTIGEN is a New York Times bestselling author and award-winning National Geographic writer. His most recent book, Hacking Planet Earth: How Geoengineering Can Help Us Reimagine the Future (Penguin/RandomHouse), is being made into a premium television series starring Robert Downey, Jr. and directed by Academy Award winner Morgan Neville. It’s being produced by Team Downey, Neville’s Tremolo Productions, and Lighthouse Media and Management.

Kostigen launched and penned The Climate Survivalist column for USA Today, the Better Planet column for Discover magazine, and is a regular contributor to major publications worldwide. His numerous books about the environment and social issues include, The Green Book: The Everyday Guide to Saving the Planet One Simple Step at a Time (Crown); You Are Here: Exposing the Vital Links Between What We Do and What That Does to The Planet (HarperOne); The Green Blue Book: The Simple Water Savings Guide to Everything in Your Life (Rodale); The Big Handout (Rodale); and Hacking Planet Earth.

As a journalist, Kostigen has reported from war zones to the world's wonders across five continents, and appears regularly as a guest in the media, including the Today Show, Mornings with Al, The Weather Channel, CNN's Erin Burnett, MSNBC’s Morning Joe, Entertainment Tonight, Fox News, the Dennis Miller Show, National Public Radio, CNBC, USA Today, USA Weekend, among many other outlets.

He speaks widely at major conferences and events around the globe, including The Climate Project in Seville, Spain where he shared the stage with Nobel Prize winners Al Gore and Rajendra Pachauri; The Aspen Institute; The Commonwealth Club; Disney’s Environmentality conference; Harvard Business School; and other prominent institutions.

Founded in 1987, Blackstone Publishing is an independent, privately owned company headquartered in Ashland, Oregon. Offering a growing catalog of over 13,000 titles in print, e-book, and audiobook formats, the authors we publish are as varied as the books themselves, including works by Gabriel García Márquez, Ayn Rand, Ian Fleming, Karin Slaughter, Don Winslow, Neil deGrasse Tyson, and many more. Blackstone is home to a vibrant and eclectic community of storytellers and story lovers, providing superior content and offering hundreds of new titles each month.

Read the Deadline story on our COOL FOOD announcement here