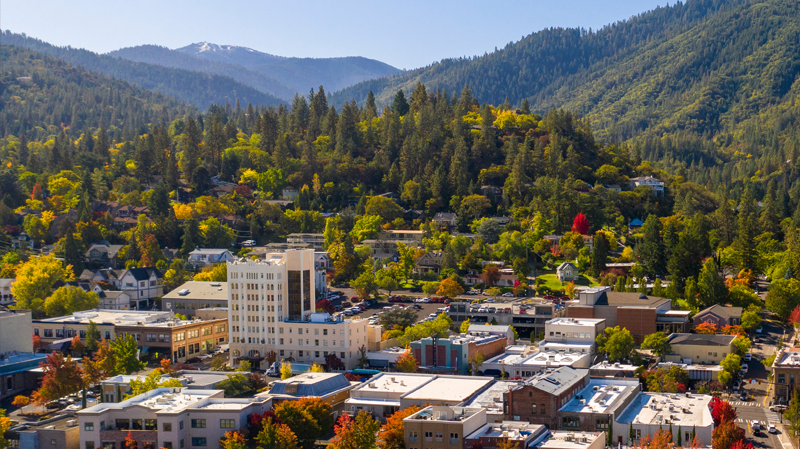 Much has changed since PW last highlighted the region back in November 2016. But if anything, the challenges of the last two years have a highlighted the qualities that make the Pacific Northwest book publishing community exceptional: tech savvy and a spirit of innovation, individualism and resilience, environmental awareness, and a deep commitment to equity and fairness, independence and community.

For this look at publishing in the Pacific Northwest, we conducted more than 50 interviews. What we found is a region that has creatively weathered the challenges of the last few years. A sampling of the region’s publishers follows, but check out the PW website for an expanded look at the region, including booksellers...

From its modest roots selling audiobook cassettes out of a garage in Southern Oregon in the 1980s, Blackstone publishing has grown into one of the most respected and formidable indie publishers in the nation. In the booming audio market, Blackstone is a major player—and its push into print and e-book publishing in 2015 has proven well-timed.

“Despite Covid-19 challenges, Blackstone Publishing has been able to adapt and expand during the pandemic,” says Lauren Maturo, director of publicity. “Last year, we successfully launched our own on-site printing press at the Blackstone headquarters in Ashland, and we now print the majority of our physical books in-house. The flexibility, customization, and speed created by printing on demand and in-house has benefited Blackstone, our authors, and our partners.”

Blackstone’s growth is also benefiting workers. “Our team is growing and we are creating new jobs as part of the in-house printing initiative,” Maturo says. “We are also expanding our sales, production, editorial, marketing, and publicity teams, as we increase the number of books we publish each year in print, e-book, and audiobook.”

While business has been strong, it hasn’t been easy—and not just because of the pandemic. Blackstone Publishing staffers endured devastating wildfires in Southern Oregon in September 2020. “Fortunately, our headquarters in Ashland was spared from the fires, but many of our employees lost their homes,” Maturo said. “It rocked all of us to see members of the Blackstone family and the Rogue Valley community suffering from so much loss. Under the leadership of Blackstone President and CEO Josh Stanton, our company banded together and created a fundraiser to aid employees who lost their homes in the fires, ultimately raising over $125,000, with Blackstone matching donations to the fund.”

Despite the tough times, Blackstone Publishing staff and authors continue to have reason to celebrate. Stanton was named Strand magazine’s Publisher of the Year for 2021. And three of the publisher’s titles—Catherine Ryan Howard’s thriller 56 Days; Cadwell Turnbull’s fantasy No Gods, No Monsters; and Eric Rickstad’s thriller I Am Not Who You Think I Am—were all named New York Times 2021 Best Books of the Year, among other accolades. Latina pilot Cecilia Aragon’s memoir Flying Free won the Nancy Pearl Award from the Pacific Northwest Writers Association, and Brian Freeman’s mystery The Deep, Deep Snow was an Edgar Award nominee and a Minnesota Book Award winner.

In many ways, Blackstone represents the very essence of what it means to be a Pacific Northwest publisher. And a substantial list of nominations and awards for its titles shows that it has also become one of the nation’s major indie players.