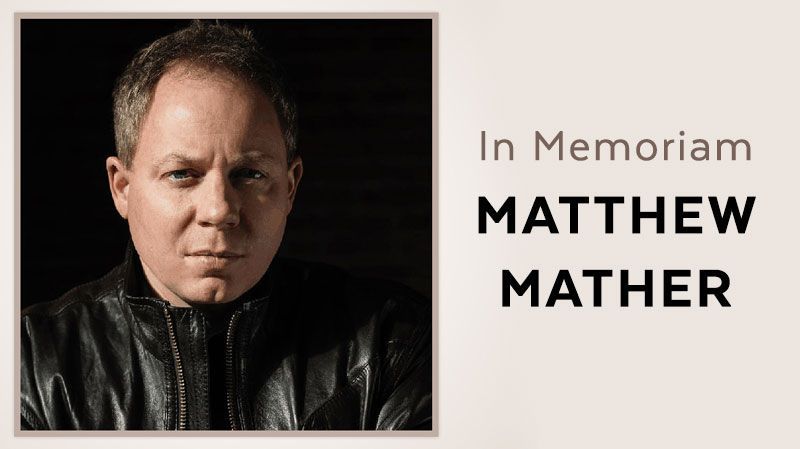 Matthew Mather, bestselling author of high concept speculative and science fiction thrillers, including CyberStorm and the Delta Devlin series, died suddenly on September 13, 2022. He was 52 years old. Mather is survived by his wife Julie and their children Charlotte and Jack.

Matthew Mather was born in Sheffield, UK, on September 28, 1969, and lived most of his life in Montreal, Canada. His books have sold over a million and a half copies, been translated and published in over 25 countries and optioned for multiple movie and television contracts. In addition to his successful career as an acclaimed novelist, Mather was a leading member of the world’s cybersecurity community who started his career working at the McGill Center for Intelligent Machines. He went on to found one of the first tactile interface companies, which became the world leader in its field, as well as creating a major award-winning brain training video game. He also worked with many technological start-ups in the arenas of computational nanotechnology, electronic health records, weather prediction systems, genomics, and social intelligence research.

Josh Stanton, CEO of Blackstone Publishing, said, “I am deeply saddened by the news of Matthew Mather’s death and mourn the loss of this great writer and friend. Blackstone is proud to be the publisher of Mather’s Delta Devlin series as well as the publisher of CyberStorm and Polar Vortex in audio. We are committed to making sure Matthew’s works live on as part of his remarkable legacy.”

Mather was best known for his novels CyberStorm, The Atopia Series, Polar Vortex, and the Delta Devlin Novels, which began with The Dreaming Tree (2019), followed by Meet Your Maker (2020). In a review of Meet Your Maker, Publishers Weekly described Mather’s compelling, unique brand of speculative thriller as “solidly rooted in technology’s near-term potential... He forces readers to contemplate a world, unnerving yet conceivable, that could soon be their own.” Out of Time, the final novel Mather completed in the Delta Devlin series, will release in paperback on November 1, 2022, from Blackstone Publishing.