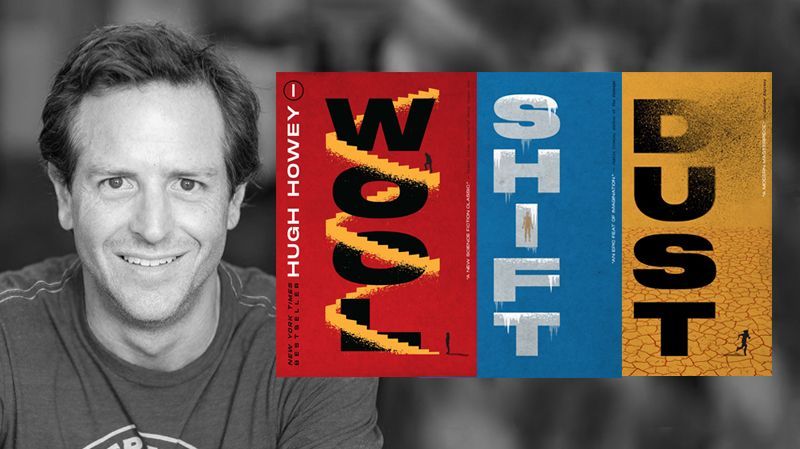 Additionally, Blackstone has Howey’s acclaimed novel Beacon 23 under contract for audio, which will be re-issued with a new narration on January 10, 2023. Beacon 23 is an upcoming Spectrum Originals/AMC television series, starring Lena Headey and Stephan James. Spectrum and AMC have already confirmed renewal for a season 2.

Josh Stanton, CEO of Blackstone, remarks: “As a huge fan of the Silo trilogy, it’s an absolute honor to be partnering with Mr. Howey to re-release his incredible works of dystopian fiction. These new recordings narrated by master storyteller Edoardo Ballerini are sure to please both new and old fans of the trilogy.”

Hugh Howey remarks: “I’m so excited to work with the top audiobook team in the business to bring the best version of these books to listeners. We’ve been working toward this for a very long time, and next year is going to be huge for fans of this series.”

HUGH HOWEY is the New York Times and USA Today best-selling author of Wool, Shift, Dust, Beacon 23, Sand, and Machine Learning. His works have been translated into more than forty languages and have sold more than three million copies worldwide. Wool and Beacon 23 are currently in development for television at AMC, and Sand is in development at Amazon. When Hugh is not aboard the Wayfinder, a fifty-foot catamaran that he sails around the world, he is based in New York.