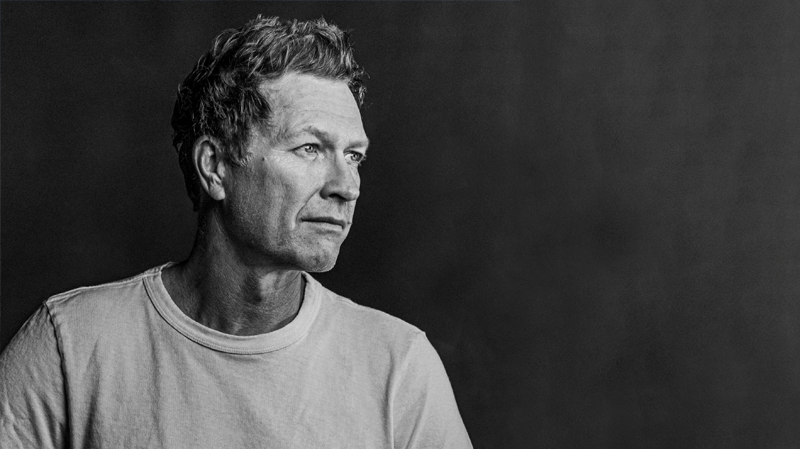 Like many of the momentous decisions Craig Morgan has made in his life, writing a memoir was not part of a strategic plan to gain money and fame. Instead, it was a choice that came naturally, one guided by faith and instinct.

After the country star lost his 19-year-old son Jerry to a boating accident in 2016, people close to Morgan and his family were so moved by his resilience and faith, they encouraged him to write his life story. Morgan began to think it was a sign from God.

"We would start talking about certain things that have happened in my life, and especially after the loss of our son, after Jerry died, I'd meet people and they'd say, 'I don't understand how you have the attitude you have, after having lost your son,' " Morgan, 57, tells PEOPLE in a phone interview from his "off the grid" cabin, deep in the bush in Alaska.

"I realized that I had such a love for God that I was able to do something with that," the "That's What I Love About Sunday" singer recalls. "And I realized that, with so many people telling me, maybe God was trying to tell me something."

Morgan partnered with Jim DeFelice, one of the co-writers of Chris Kyle's bestselling autobiography American Sniper, to pen his own book. The result is Morgan's powerful memoir, God, Family, Country: Soldier, Singer, Husband, Dad—There's a Whole Lot More to Me, which will be published by Blackstone Publishing on Sept. 27.

While Morgan reflects on Jerry's death in his book, he also shares his incredible personal trajectory, from his many years in the military — including working alongside the CIA in Panama and fighting off sex traffickers in Thailand when he was an undercover agent — to his rise in country music and his journey as a husband and father. (Morgan shares his surviving adult children, Aly, Kyle, and Wyatt, with his wife Karen Greer.)

"My objective is to inspire people," says Morgan, a contestant in the new reality series Beyond the Edge, in which celebrities compete for charity. The show will premiere on CBS on March 16.

"I want to motivate people to want to be better. It's up to us individually to make those decisions," he continues. "I just hope that when people see this, that they see that I'm not just some celebrity... I really want to make a difference in life and in the world and in people's lives. That's what the book, for me, is for."

Morgan's military experience will help him during the competition, but it also changed his life. Even his biggest fans don't know the full story, explains Morgan, who was a forward observer (a solider who operates behind enemy lines, directing fire) in Panama.

"I think when people read some of this stuff, they'll laugh about the fact that this country singer was in Panama with a CIA team," he jokes.

Morgan won a number of military distinctions and was on his way to becoming sergeant major, when he decided to pursue his love of music, according to the book's press release. After taking on part-time jobs and pushing through some "lean years," Morgan came to national attention with his 2002 ballad "Almost Home." Since then, Morgan has found fame in country music (in 2008, he was inducted as a member of the Grand Ole Opry) and as a TV personality.

Despite his musical prowess, Morgan turned to DeFelice when he was searching for a co-writer because he wanted someone who could truly capture his years in the military.

"More than half my life was spent in the military, so I felt it important to have someone that could understand the military aspects of my book, because that's such a big impact on the book and my life," says Morgan, who later learned that DeFelice also co-wrote Taya Kyle's memoir. (She is Chris Kyle's widow and Morgan's friend.) "So I ended up meeting with a few people, met with Jim DeFelice and just fell in love with the guy."

The men spent a year and a half writing God, Family Country. Morgan admits it was a sometimes painful process.

"It was extremely difficult at times, the conversations that we were having," says Morgan, who credits DeFelice for helping him through the process. "[Jim] was able to ask me the questions that would allow me to talk about the certain things that may have been difficult. But the way he worded the questions, it made more comfortable for me to converse about it."