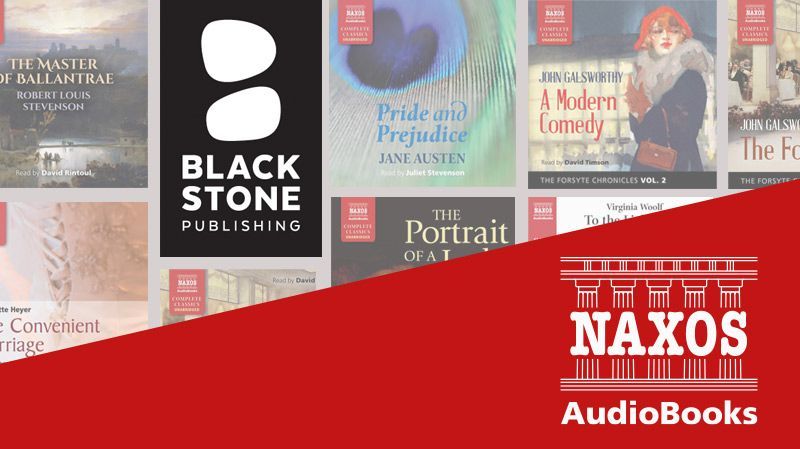 Blackstone Publishing is pleased to announce that they are now the exclusive North America manufacturer and distributor of physical audio content for Naxos AudioBooks. Beginning in early 2019, they will manufacture-on-demand, sell, and distribute new releases in addition to the complete backlist catalog. Titles will be available in physical format to North American consumers and libraries, as well as to retail stores, and wholesalers. Naxos’ titles feature evergreen classics and esteemed authors including Jane Austen, Charles Dickens D. H. Lawrence, Henry James, Franz Kafka, and Sir Arthur Conan Doyle.

“Blackstone is delighted to begin this partnership with Naxos. Both companies share a commitment to excellence in audio, and their titles are a great complement to Blackstone’s existing catalog,” says Anne Fonteneau, VP of Sales at Blackstone Publishing.

“With the ongoing development of the market and the move towards digital consumption, the time was right to form a partnership with Blackstone to cover Naxos’ physical business. There are obvious synergies between our two companies and we are looking forward to a prosperous and beneficial association,” says Anthony Anderson, MD of Naxos AudioBooks.