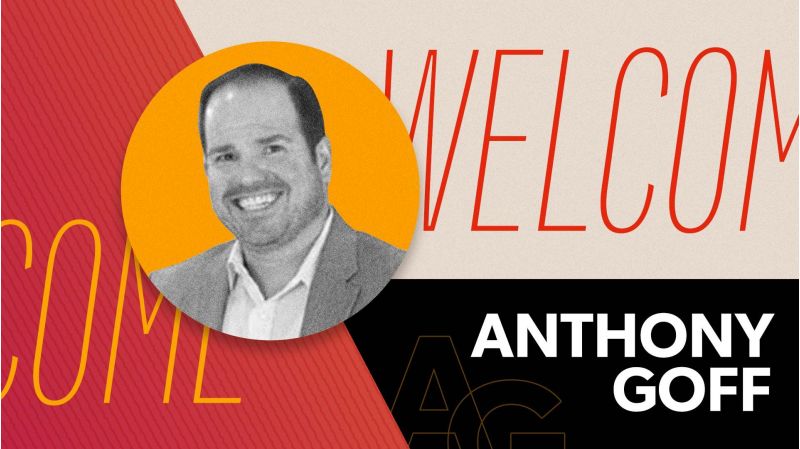 May 2, 2022—Anthony Goff, former Senior Vice President and Publisher at Hachette, joins Blackstone Publishing as President, beginning May 2, 2022. Goff will report to CEO Josh Stanton, together leading the company as it continues to thrive as one of the nation’s leading privately owned independent publishing houses. Goff will be the third president in Blackstone’s 35-year history.

“I’m absolutely thrilled to have Anthony join Blackstone as our new president,” says Josh Stanton. “His passion, genuine care for his co-workers, and proven track record of success makes for a very exciting addition to the company. I believe Anthony’s seasoned leadership combined with our amazing team and storytellers puts the company in a perfect position to soar to greater heights.”

“I’ve greatly admired Blackstone Publishing through the years as they’re a dynamic, fast-moving, tech savvy boutique shop that’s grown exponentially and has massive potential to continue that course, and more,” says Anthony Goff. “We’ve long operated in parallel philosophies, putting people first to inspire a team-oriented atmosphere, which inevitably leads to growth and success for our staff, clients, and authors. I could not be more exhilarated to take over as President of Blackstone, and thank Josh Stanton, Craig and Michelle Black, and the remarkable team they have built for this amazing opportunity to evolve as cutting-edge publishers who serve this and future generations of readers and listeners.”

Anthony Goff (President, Blackstone Publishing) started his career at Dow Jones Inc. working for The Wall Street Journal and Barrons before making his foray into book publishing at St. Martin's Press, Penguin, and Simon & Schuster. After taking over Marketing at Hachette Audio, he quickly began managing sales before being promoted to VP, Associate Publisher, then SVP and Publisher.  Under his direction, the audio team grew steadily and became a significant profit contributor to the book groups as Anthony forged new and creative sales relationships and helmed the ship through developing technologies and emerging platforms. Furthermore, with Anthony overseeing Hachette Audio, its productions have won eight Grammy awards and four Audiobook of the Year distinctions. He has served on the Audio Publishers Association Board of Directors for many years in roles as Treasurer, Vice President, and President. Anthony graduated from Fairfield University, along with his wife Jennifer. They have three children and reside in Cranford, NJ.

Founded in 1987, Blackstone Publishing is an independent, privately owned company headquartered in Ashland, Oregon. Offering a growing catalog of over 13,000 titles in print, e-book, and audiobook formats, the authors we publish are as varied as the books themselves, including works by Gabriel García Márquez, Ayn Rand, Ian Fleming, Karin Slaughter, Don Winslow, Neil deGrasse Tyson, and many more. Blackstone is home to a vibrant and eclectic community of storytellers and story lovers, providing superior content and offering hundreds of new titles each month.