A gripping story of action in the Old West from Clay Fisher, a five-time Spur Award–winning author and recipient of the Levi Strauss Award for Lifetime Achievement.

He was a legend with a blood price on his head both north and south of the border; a renegade, black West Point man now living among the hostile bronco Apaches, and waging a war of vengeance against two governments.

But when a courageous Mestizo priest with a desperate dream needed a man of strength to fulfill his vision, there was only one warrior fierce enough to turn to. It was the one they called the Black Apache.

“A consummate storyteller, but his finely chiseled prose also sings with a lyricism that is as haunting as it is rare. His stories not only ring true, but also pull the reader feet-first into worlds that have vanished.” —Santa Fe Reporter, praise for the author 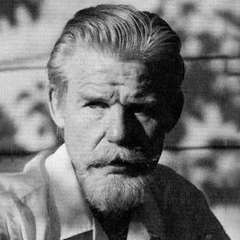 Henry Wilson Allen (1912–1991), also known as Will Henry and Clay Fisher, was a prolific author of Western fiction. Born in Kansas City, Missouri, he worked as a stable hand and gold miner before becoming a full-time writer. He wrote more than fifty novels, including eight that were made into feature films. He is a five-time recipient of the Golden Spur Award and a recipient of the Levi Strauss Award for lifetime achievement.

Armando Durán has appeared in films, television, and regional theaters throughout the West Coast. For the last decade he has been a member of the resident acting company at the Oregon Shakespeare Festival. In 2009 he was named by AudioFile as Best Voice in Biography and History for his narration of Che Guevara. A native Californian, he divides his time between Los Angeles and Ashland, Oregon.