Based on the acclaimed article in Men’s Journal

Soon to be a major motion picture

Undefeated in seventy-one fights, Bobby Gunn, forty-two, is the undisputed world champion of bare-knuckle boxing. He rules the circuit, a nationwide underground network of pro boxers, mixed martial artists, and anything-goes street brawlers who square off without gloves in empty warehouses and mobster McMansions for as much as $50,000 a fight. It’s dangerous, bloody, and illegal almost everywhere—a secret world run by organized crime. And for Gunn, a devout Christian using the prize money to put his seven-year-old daughter through private school, it’s his only shot at a better life—one that may even revive America’s first sport in the process.

“A remarkable story of triumph and heartbreak.” —Don Winslow, #1 internationally bestselling author of The Cartel

“Yes, this is a knockout of a book. But it’s also an exercise in nuance and grace and slick maneuvering. Inasmuch as bare-knuckle fights go to the judges’ scorecards, this gets a unanimous decision.” —Jon Wertheim, Sports Illustrated writer

“Compelling stories of persevering through a hardscrabble upbringing and the adversities of a hard-knock life.” —Booklist 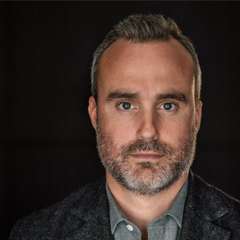 Stayton Bonner is a former senior editor at Rolling Stone. His journalism has appeared in publications including GQ, Esquire, and Outside. “Champion of the Underworld,” the 2016 Men’s Journal article that was the basis for this book, was nominated for the Dan Jenkins Medal for Excellence in Sportswriting. This is his first book.