Rock Bannon, wounded in an Indian attack, is rescued by a wagon train heading to Oregon. He has fully recovered when the train pulls into a fort to stock up on supplies. It is there that the leaders of the train meet Morton Harper, a smooth-talking man who persuades them to take an easier trail that will allow them to escape an attack by Indians. Bannon knows that there will be no escape from attack on that route and that it will lead the train directly onto Hardy Bishop’s vast ranching domain. Either way, and probably both, it will mean war—a war the pioneers will undoubtedly lose.

Bannon first appeared in Giant Western (Winter 1948) under the title Showdown Trail. L’Amour subsequently reworked and expanded this story into The Tall Stranger, published as an original paperback in 1957. The expanded story was filmed as The Tall Stranger (Allied Artists, 1957), directed by Thomas Carr and starring Joel McCrea and Virginia Mayo.

“A strong case can be made that L’Amour was the most popular American writer of the twentieth century.” —Wall Street Journal 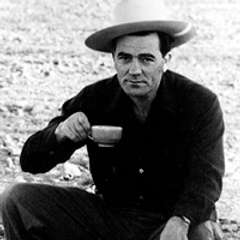