100 Fathoms Below by Steven Kent and Nicholas Kaufmann

Finalist for the 2019 Dragon Award for Best Horror Novel
A Publishers Weekly Editors' Choice for Fall in Science Fiction & Horror
A BookBub Editors' Pick for Horror
A Tor.com Reviewers' Choice of the Month
A San Francisco Book Review Pick for Halloween
See All +

The depth at which sunlight no longer penetrates the ocean.

1983. The US nuclear submarine USS Roanoke embarks on a classified spy mission into Soviet waters. Their goal: to find evidence of a new, faster, and deadlier Soviet submarine that could tip the balance of the Cold War. But the Roanoke crew isn’t alone. Something is on board with them. Something cunning and malevolent.

Trapped in enemy territory and hunted by Soviet submarines, tensions escalate and crew members turn on each other. When the lights go out and horror fills the corridors, it will take everything the crew has to survive the menace coming from outside and inside the submarine.

Combining Tom Clancy’s eye for international intrigue with Stephen King’s sense of the macabre, 100 Fathoms Below takes readers into depths from which there is no escape.

“Full of claustrophobic horror, Cold War submarine warfare, and hardcore evil, 100 Fathoms Below creates a powerful sense of place and a tension that festers in your gut throughout. Kent and Kaufmann invite their readers into a submerged haunted house and lock the door behind them.” —Christopher Golden, New York Times bestselling author of Ararat

“100 Fathoms Below is deliciously creepy and deeply unnerving. Kent and Kaufmann take a real bite out of the horror genre with this killer of a book!” —Jonathan Maberry, New York Times bestselling author

“Kent and Kaufman have set a milestone in modern horror by writing a retro 80s novel, using conventions from today’s horror whilst using a staple from the genre. This is a very impressive treat for the reader creating a world that is tangible…Masterfully written, exciting to read, 100 Fathoms is a must for all fans of the genre. Working on many levels to give the community a novel to hunger for more. Excellent and original.” —The Literary License Podcast

“This is the way a horror novel should be written. It’s fast-moving and doesn’t let up…appealing to followers of political suspense as well as those who like horror…100 Fathoms Below is a story filled with authentic descriptions of routine aboard a sub, while filling it with genuine horror…[and] introducing a new vampire to the reading public.” —New York Journal of Books

“At the height of the Cold War, the crew of the submarine USS Roanoke are about to play a dangerous game of cat and mouse with not only the Soviet navy, but also a sinister killer lurking aboard in Kent and Kaufman’s chilling, tension-driven thriller…The perfect blend of suspenseful political thriller and creepy horror is sure to please fans of both genres. Readers will not be able to turn away.” —Publishers Weekly

“Kent and Kaufmann deliver a well-developed cast of characters and a plot that keeps readers turning pages. Descriptions of life on a submarine are deftly handled and enhance the eerie atmosphere. A solid pick for readers who prefer their horror with acute tension and psychological thrills rather than intense gore.” —Library Journal

“The tension never lets up in this white-knuckle thrill ride. You can feel the pressure of the freezing-cold ocean bearing down on you, feel the terror as the bodies pile up. I couldn’t stop reading—I had to know what horrific thing waited around the next corner, behind the next hatch of the USS Roanoke. This book will make you gasp—and scream.” —David Wellington, author of 13 Bullets

“Claustrophobic Cold War combat with plenty of vampires, 100 Fathoms Below is what would happen if The Hunt for Red October had a baby with Salem’s Lot and it joined the navy.” —Grady Hendrix, author of My Best Friend’s Exorcism and Paperbacks from Hell

"100 Fathoms Below is great, doing for submarines what Jaws did for sharks and water…The novel succeeds not just for its bloodsuckers, but for its absolutely claustrophobic setting and storytelling…Don’t be surprised if you never want to set foot on a submarine after reading this book.” —Rue Morgue

“That element of being encapsulated while being stalked by something with inhuman strength really added to the horror. There were some really tense moments when characters you admired for their bravery seemed like they might not make it out alive…If you like horror stories, especially of the vampire variety, then I recommend you read this book.” —Seattle Book Review

“For those who serve aboard a US Navy sub, there’s nothing scarier than the possibility of sinking, starving to death on the pitch-black ocean floor. An entirely new nightmare unfolds aboard the USS Roanoke just weeks after it begins its journey into Soviet territory…Between potential attacks from enemy boats and the paranormal danger lurking among the crew, readers will wonder which will destroy the USS Roanoke first.” —Booklist 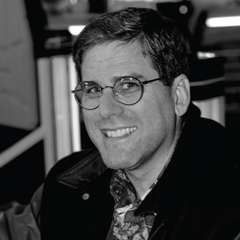 Steven L. Kent, author and video game historian, has written for Wired, Boy’s Life, Rolling Stone, MSNBC, and numerous other publications. He is the author of the bestselling Rogue Clone series and The Ultimate History of Video Games. 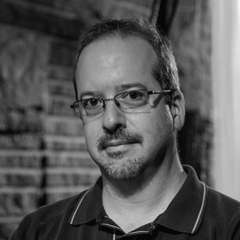 Nicholas Kaufmann is the Bram Stoker Award–nominated, Thriller Award–nominated, and Shirley Jackson Award–nominated author of Walk in Shadows: Collected Stories, General Slocum’s Gold, Hunt at World’s End, Chasing the Dragon, Still Life: Nine Stories, Dying Is My Business, Die and Stay Dead, and In the Shadow of the Axe. He has worked in publishing, owned his own bookstore, managed a video store, and was a development associate for a well-known literary and film agent. He lives in Brooklyn, New York, with his wife and two ridiculous cats.